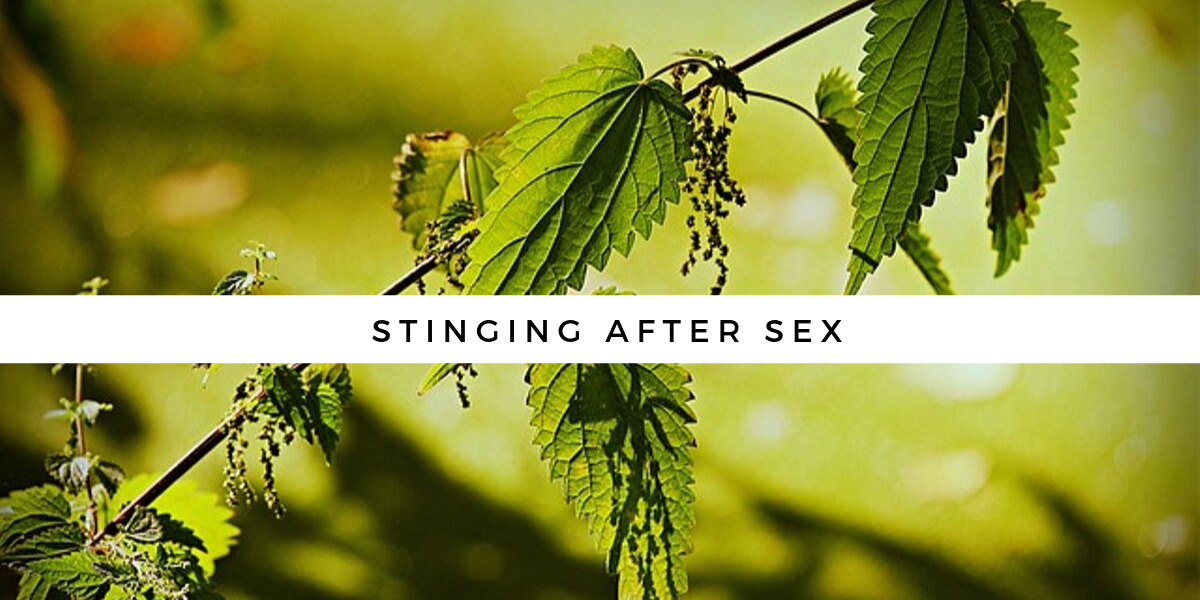 That smarting, chafing stinging after sex…what does it mean?

It really has a way of putting a dampener on things when you get stinging and discomfort after sex. After it’s all over, the vaginal entrance feels tender and irritated. It’s often worse when you go to the toilet to do a pee after sex. What does it mean, and what can be done about it?

A 2008 study for the Journal of Sexual and Marital Therapy looked at this very issue. The authors described conversations with 24 women about pain after sex. All the women experienced stinging after sex, which they described as a burning or smarting pain. 70% of them had pain with passing urine after sex. Sometimes this will be a spontaneous stinging feeling, and sometimes it will be stinging on the toilet when peeing after sex.

So who were these women? They were all women with either (or both) vaginismus and vulvodynia. With all of them, their symptoms had started off as pain after sex (usually for around 2 hours). As time went on, they started having pain during sex (which they described as a ripping or cutting pain). Many of them eventually stopped having sex because it was too painful.

Painful sex is incredibly common. Vaginismus and vulvodynia (or provoked vestibulodynia) are conditions that may be present if you have pain with sex. Most importantly, don’t ignore the early warning signs! It is not normal for there to be stinging or burning after sex, with or without doing a pee. It is also not normal to have painful intercourse (known as dyspareunia).

Here at Equilibria, helping women with vaginismus and vulvodynia is what we do – day in and day out! So if you suspect you might have a problem, simply give us a call or drop us an e-mail.